Founded and Spearheaded by Opetaia Foa’i (Grammy-nominated composer and songwriter on Disney's "Moana"), Te Vaka is a Contemporary Polynesian band acclaimed for its distinct original sound and un-touristy devotion to the South Pacific and the stories of its ancestors. After 9 studio albums, over 20 years of touring to 40 countries, hit songs like Pate Pate and Tamahana (from "The Legend of Johnny Lingo" soundtrack), numerous awards and features by band members in many songs throughout the Moana soundtrack, Te Vaka has solidified its position at the top of the Pacific Music scene. Viewed as ambassadors for the South Pacific, the band has performed at many major sporting events including the Beijing and London Olympics, the Rugby World Cup in Paris and the Commonwealth Games in Melbourne. In August of 2017, after the success of Moana (songs including We Know the Way, Logo te Pate, An Innocent Warrior having been written by Opetaia and featuring Te Vaka singers and musicians), and after the band performed at both the prestigious Disney D23 Expo and the World Premiere of Moana at the El Capitan Theatre in Hollywood, Walt Disney Records released Te Vaka’s Greatest Hits - Songs that Inspired Moana. This album included a bonus track, “Lakalaka” - the band’s latest single which (with the music video) played for 6 months in Disneyland resorts around the world. With Opetaia’s career recently catapulted into the spotlight, the band’s frontman and songwriter received, also in 2017, the “International Achievement Award” in the New Zealand Music Awards and became Grammy-nominated in 2018. 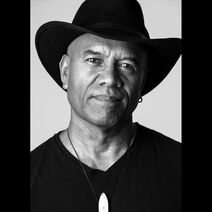 The mind, heart and soul behind Te Vaka since he created it in 1994. Opetaia has composed, recorded and performed his work relentlessly over the years for audiences all over the world, sharing the pride in his culture and spreading the story of his navigating ancestors who conquered the largest ocean on the planet; the Pacific.
On stage he performs as the lead singer, acoustic guitarist and lead log drummer, but off the stage he has been described as “one of New Zealand’s finest songwriters” and is grammy-nominated for his work in Disney's "Moana". Opetaia has written 8 Te Vaka albums. 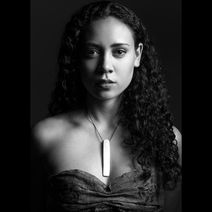 Daughter of band leader, Opetaia, and artistic apprentice since the age of 2, Olivia has featured on countless Te Vaka tracks and captivated audiences all over the world with her voice and Contemporary Pacific moves. With her driving enthusiasm and life-long passion for Polynesian dance, she has earned herself the role of choreographer and promises a truly expressive and dynamic experience. Olivia is also the first voice you hear on the Moana movie, singing the opening track "Tulou Tagaloa". Olivia's debut album CANDID has just won three Music Awards 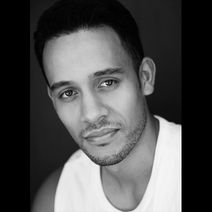 A seasoned creative and Opetaia's youngest son, Matatia started his career with Te Vaka at the age of 6. He has played an essential role in the development of Te Vaka’s percussion sound. In 2007 he composed his first log drum track for the band and went on to compose such tracks as "Vevela" on the Havili album and "Talanoa te pate" on the Haoloto album. In 2017 he composed all 10 tracks of Te Vaka's first all-percussion album "Te Vaka Beats Vol.1". His log drumming can also be heard on the "Moana" soundtrack. His latest release "Te Vaka Beats vol.2" is getting great reviews 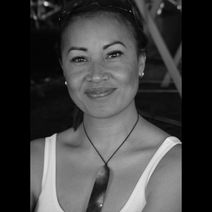 After a few years off from touring, Sulata has made a return to the band and once again lends us her unique Pacific vocal sound. Her journey with Te Vaka started in 1994, making her one of the founding members. Sulata's voice has been a Te Vaka trademark since the early days of hits like "Pate Pate", "Te Hiva" and "Tutuki". 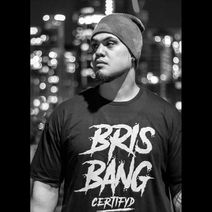 Douglas originally joined the crew in 2004 as the lead male vocal for "Tamahana" from the “Legend of Johnny Lingo” soundtrack. His R&B vocal foundation and genuine connection to traditional Polynesian music make for an entrancing combination. Diverse in skill, Douglas is a talented keyboardist, percussionist and active solo R&B artist. 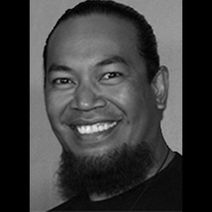 Joe brings with him a distinct traditional element and tangible respect for his roots. He grew up amongst the hustle of village life in Apia, Samoa before immigrating to New Zealand and pursuing a career in music as a guitarist. In 2001, Joe first joined the band proving himself a skilled bass-player, percussionist and valuable member of the group. Joe is now on his instrument of choice, the electric guitar. 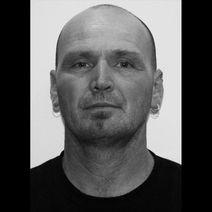 Back on tour in 2018, Neil is a founding member and has been with Te Vaka on and off since 1994. A man of many talents, Neil plays Bass guitar, Percussion, Flute and sings occasionally sings backing vocals. His passion for Polynesian culture, music and language is unmistakeable,. 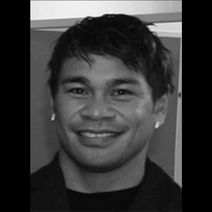 One of Te Vaka’s original members, Edwin has enchanted audiences all over the world with his irresistible Pacific charm and vast expertise in the field of Polynesian dance. Having first joined the group in 1997 and performing in the ensuing 40 or so countries with the band, he has truly honed his craft while maintaining the authenticity of his expression and pride in his Polynesian roots. 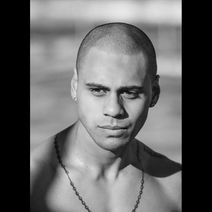 Te Vaka's newest member, Dave brings with him a strong background in modern dance styles mixed with a love of his Samoan heritage and culture. His dance group "Academy of Brothers" placed 3rd on Australia's Got Talent, placed 1st (2013, 2014, 2016) at the Australian Hip Hop Championships and 4th at the World Hip Hop Championships 2014. In 2017 he featured in Olivia Foai's "Lukitau" video and in the music video for Te Vaka's latest hit "Lakalaka".